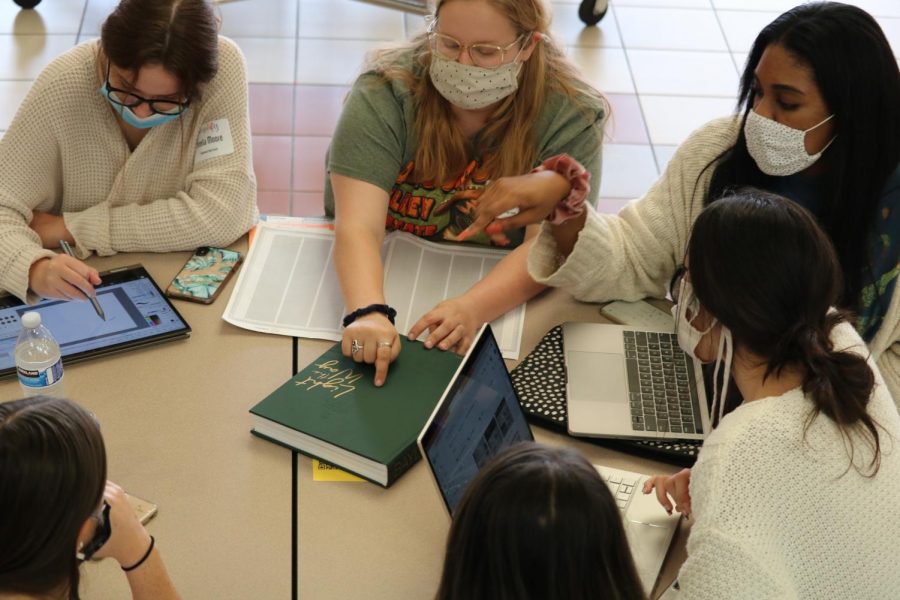 Senior Angela Owa creates and leads; whether it be in her club EMPOWER  (Everyone Makes Powerful Opinions with Established Respect)  or as a member of the CX debate team. She is a voice for the majority of the student body as she holds an executive position in student council and yearbook. Her position in the student council, as the head of drug and alcohol safety, is to spread awareness for the student body on the use of drugs and alcohol, but she also uses projects like the recent suicide awareness day.

As yearbook editor in chief, she works with the help of her staff to design the book from scratch, page 1 to page 304, every picture, line, and the story goes through her.

“Obviously she’s gonna be incredible otherwise she wouldn’t be put in that position. I do know it’s putting a lot of stress on a student to handle responsibilities that even adults can’t grasp, but that’s why I encourage her to use her resources to fulfill the task; because the staff is filled with incredible talent- from writers to photographers to graphic designers,” Yearbook advisor Paige Dyer said. “Angela has already shown how well of a leader she is even with not having our annual summer workshop where the book gets laid out for the year. She has embraced theoretically being 3 months behind our normal schedule with the help of her staff so this book will seem seamless.”

Beyond her role as the leader of the yearbook staff, she takes on leading another group of other individuals in her EMPOWER club surrounding her passion for debate.

“It’s so easy for people our age to follow and decide to have the same opinions as to our parents and the majority of the people around us,” Owa said. “So I formed my club to try to get students to hear other opinions about certain subjects outside of what they personally know in  order to have a better understanding of the world around us and learn the power of education and discussion.”

The club is based around creating an environment for civil discussion and debate among the students of the school. Everyone in the club is encouraged to ask questions; Owa and the advisor of the club, Sarah Holzbauer, regulate it to make sure respect is maintained.

Owa influences everyone around her in and outside of the organizations and clubs she is a part of.

“She’s very collaborative with the rest of the people she works with,” Senior Ashlynn Patterson said. “ Even if you haven’t been there that long or participated that much previously shell make sure you’re included in the process, And that’s pretty cool of her”