Texas gets hit by a winter storm 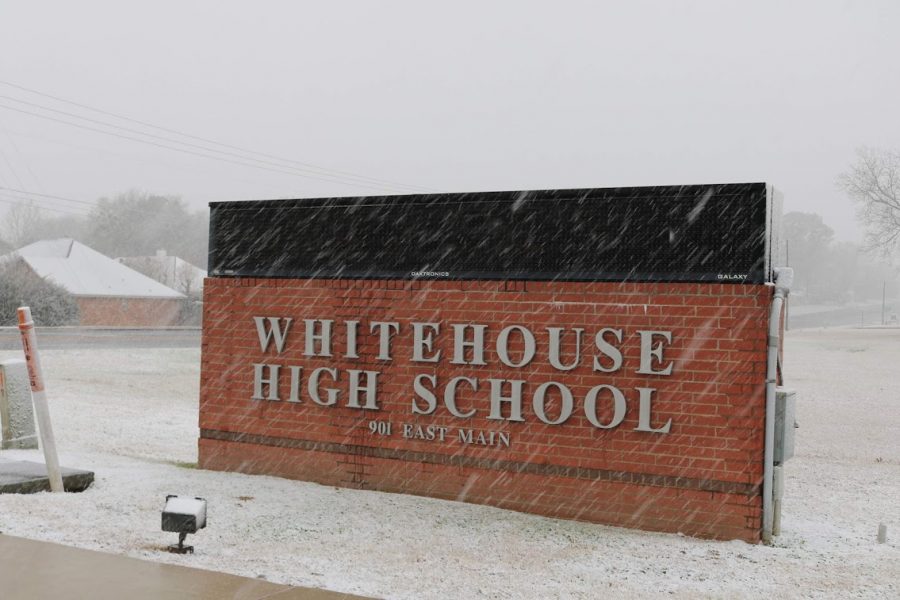 The calmest nights cause the biggest storms, while the hearts of Texans pound the third week of February introduced temperatures below freezing, and snow began falling. The snow continued to freeze creating slick roads, frozen pipes, and millions of dollars worth of damage.

“I was very surprised by the snowstorm,” Freshman Brooklyn Thomas said, “It definitely impacted everyone in the community more than what anyone, including me, expected. I had no idea that a couple of inches of snow could cause as much damage as it did.”

After a few inches of snow several weeks ago, the aftermath is still in progress of being fixed.

“I realized that this wasn’t a normal snowstorm when I heard people were going days without power or water,” Junior Ashlynn Tapley said, “Texas is not equipped to deal with snow very well.”

Pipes burst leaving families without water, the electricity went out leaving others with no heat or appliances, and grocery stores became scarce with the resources they could offer.

“I was very blessed to have never lost power,” Thomas said, “I however did lose water for 2 days. I know a lot of people lost power and water for much longer than I did, but I’m lucky I got the good end of the spectrum. I can’t imagine what it would’ve been like for others who were less fortunate.”

Water was not safe to drink, so in response Whitehouse went under a boil water notice or asked the people to use bottled water.

“I coped by reminding myself that it’s temporary and things will eventually be back to normal,” Tapley said. “I am just glad that we stuck together and made it through the tough times.”